Playing with photos in Electric Quilt

Back in September, there was a post on the Electric Quilt blog entitled “EQ7 Image Wortable and Modern Parrot By Dianne Gronfors”  which really inspired me.  Diane had taken a photograph of a parrot, imported it to the image worktable in EQ7, then used one of the distortion features to “explode” the original photo and come up with something brilliant.  I was inspired to use this technique to make a few art quilt pieces.

I took this image of the centre of one of my quilts (a New York Beauty style quilt done in bright batiks), brought it into EQ7, used the photo distortion tools to change it, and printed the result on EQ 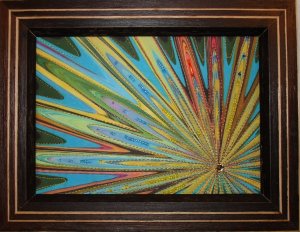 printable fabric.  I then machine quilted it, hand beaded it and framed it to get this 5″x7″ piece: 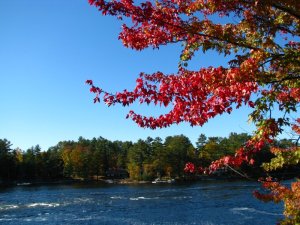 A photo that my daughter took a couple of years ago at the Bala Cranberry Festival of a glorious red maple tree overlooking the Moon River became this: 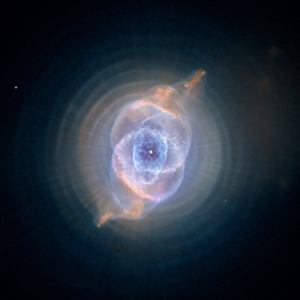 An image dowloaded from the Hubble Telescope site: www.spacetelescope.org of the Cat’s Eye Nebula (they do say that space telescope imagery is free for anyone to use) became the piece “Nebula”.  This is so much fun!  I’ve spent hours playing with photos.  Every time I try distorting the same photo, I come up with something different…it’s addicting.

These were done with the “Zoom Wave” distortion, but there are other distortions you can do, too.

I’m currently working on a piece using the “Swirl”  distortion, but I decided to hand

quilt this one, so it’s going to take a while.  The original in this case was taken during a walk down Acton Island Road on a clear day in October (rare this fall since we had so much rain).  Nature creates such beautiful colours!

The members of both the quilt guilds I attend (York Heritage Quilters Guild and the Piecful Night Quilters’ Guild) seemed impressed when I took these for “Show and Share”.

A love of stitching has been inherited from my mother and grandmother. I can’t remember a time when I didn’t have at least a couple of stitching projects underway. Whether it’s by hand or machine, there are always new projects I’d like to try or fibres I’d like to experiment with…and a few projects waiting to be finished!
View all posts by jmStitching →
This entry was posted in Art Qults, Free Motion Quilting, Quilting and tagged EQ7, Photo Manipulation. Bookmark the permalink.

2 Responses to Playing with photos in Electric Quilt

Make Beautiful Things and Be Nice

ruminations on quilting, creativity, and food

The adventure of NikkiM

Quilts at the Creek

From beginner to artisan; sharing what we love about Janome sewing machines for sewing, creating and quilting.